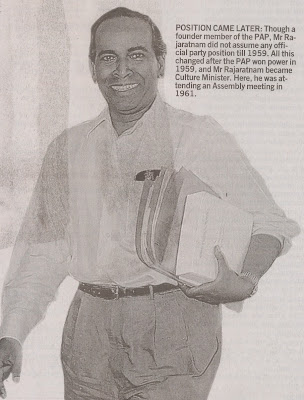 “The designs of the original Order of Temasek and the first five medals were in fact produced be me in 1960 when I was serving with the R.A.F. at Seletar, this at the specific invitation of the then Minister of Culture, Mr Rajaratnam. The Minister subsequently made some minor changes in the Malay inscriptions on the recommendation of a leading Malay scholar”. This article by Wing Commander EAMONN O’TOOLE was published in the Summer 1979 issue of the United Kingdom’s The Order and Medal Research Society (OMRS) journal.

The Singapore medals mentioned by Wing Commander O’TOOLE which were instituted on 16 April 1960 were:


The late Mr S. Rajaratnam contributions to the Singapore’s Foreign Service as Minister for Foreign Affairs were widely published and well-known. However, not many people knew about his contributions as Minister for Culture from 1959 to 1965 in the area of Singapore Honours and Awards, if not for this article by Wing Commander O’TOOLE. As Singapore’s first Minister for Culture, the late Mr S. Rajaratnam was the pioneer in the creation of Singapore medals. Although not stated in any other OMRS articles, Mr Rajaratnam probably also created the regulations pertaining to the award of these medals. Five other medals were also created during Mr Rajaratnam term as Culture Minister. These medals are:

Majority of these early Singapore medals were replaced on 2 August 1996 with the current Singapore medals. It is most befitting and heartwarming that the late Mr S. Rajaratnam was himself awarded The Order of Temasek (First Class) on 9 Aug 1990 for his immense contributions to the development of Singapore. The Order of Temasek that he was awarded was the first and the original deigned Order that he had created for Singapore. 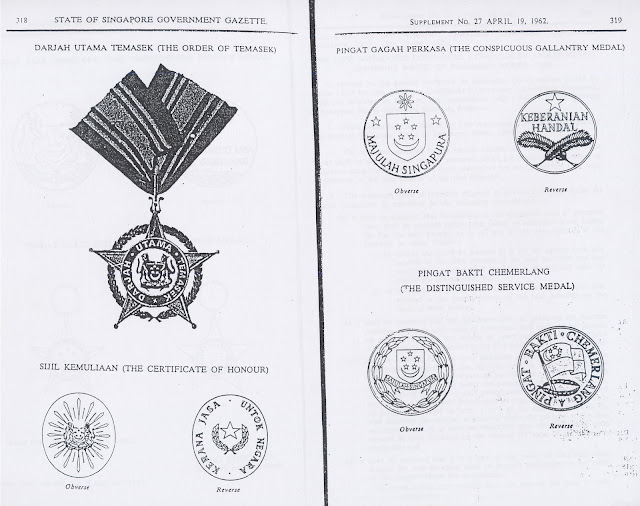 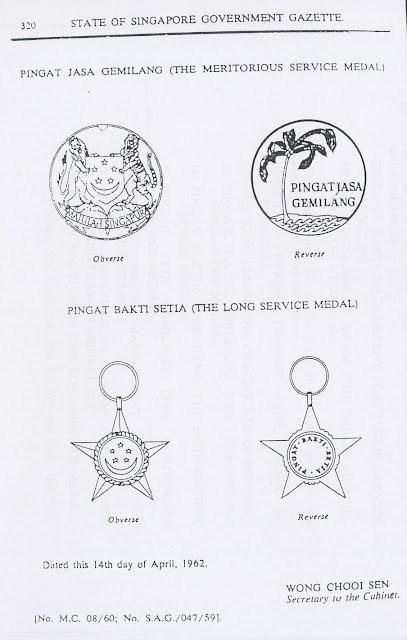